Chellarams and Sons Ltd, a producer of beverages, recently filed a lawsuit against one Tony Windsor, claiming the sum of 1274.62 pound sterling and interest of 28 percent per annum from April 2006 to date of judgement with cost.

Magistrate Abdoulie Mbackeh of the Kanifing Magistrates' Court is presiding over the matter.

Chellarams is claiming that it supplied beverages on credit to Mr. Windsor on several occasions for use at his place of business.

The claim further stated that sometime in 2006, Mr. Windsor was supplied beverages on credit amounting to 990 pounds.

According to the claim, Mr. Windsor failed to pay despite several demands made by the plaintiff for payment.

The plaintiff revealed in its claim that it received five cheques from Mr. Windsor, drawn on his bank account at Lloyds TSB for payment, but when the cheques were presented to its bankers, who sent them for clearance, they were dishonoured, and as result a penalty charges of 284 pounds was imposed on them for presenting bad cheques.

The claim continued that the defendant was notified of this fact and he promised to pay which did nothing towards settling the debt.

The plaintiff further indicated that it had written to the defendant and made further demand for payment, but got no reply. According to the plaintiff, it had suffered loss and damages. 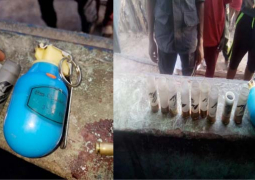