The training is being organized by Media Agenda with funding from NATCOM. Participants were on day one given instruction in the areas of responsible journalism and diabetes and Tuesday's agenda include presentations on mental health.

Addressing the opening ceremony, Madi Ceesay, director of Media Agenda, said "I must say that today is one of my joyous days as a journalist, for a few reasons. I am happy because I have always considered myself a health journalist since the year 2001.

This was the year when the WHO, and the Department of Health organized a training workshop, out of which an association of health journalists was created, and I happened to be the first president of that group of journalists".

After being at the helm of that vibrant association of health journalists, for a little over four years I voluntarily resigned, and was honored by them to be their life honorary president. Today in my capacity as director of Media Agenda I am proud to offer them that kind of training, which we got from both DOSH and WHO, some eight years ago, with the funding of the national commission for UNESCO/NATCOM," said Mr.Ceesay.

He encouraged the members to also rekindle their relationship with other key partners, which are DOSH, the WHO and the National Nutrition Agency.

"Colleagues, your role in national development cannot be over emphasized. The nation needs your work as reporters. You are a very important link in the promotion of the health of the citizenry. You are development journalists, so keep it alive," he said.

He thanked NATCOM, who are behind the funding of the project which is coining to an end on the 26thof this month.

According to him, the project has so far trained 105 journalists. "And, with this current activity, it will bring us to a tota1 of (145) journalists, all trained and certificated and this will leave them with one more activity of training, in which 25 environmental journalists will take part," he said.

He appealed for long term training for journalists.

For her part, Mrs. Ndey Tapha Sosseh, president of Gambia Press Union (GPU), informed participantsthat as health journalists, their key role as health journalists is to give accurate information on health and health related issues. She commended the organizers of the workshop for the initiative.

The forum was officially opened by Mr. Amadou Sowe the programme manager Health Education Unit at the Department of State for Health. 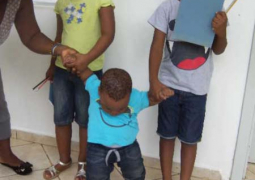