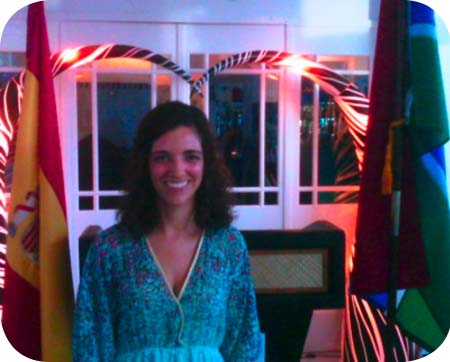 The Spanish Embassy on Friday organised a cocktail reception to mark the National Day of Spain, 12 October, a symbolic event commemorating the day Spain conquered Latin America and also a day when Christopher Columbus first set foot in the Americas.

The event was held at Coco Ocean hotel in Bijilo where officials from different Spanish organisations, as well as representatives of some embassies in the country dined and wined with the charge d’ affaires of the Spanish Embassy.

Speaking on the occasion, Laura Mayoral, the charge d’affaires, said the National Day is a very significant day in Spain and has been celebrated for centuries now.

Impressed with The Gambia

Mrs Mayoral, who arrived in Banjul in August to take up her diplomatic appointment, said she found The Gambia to be very interesting, and one thing that particularly impressed her is the peaceful co-existence between different ethnic groups and different religions, particularly Muslims and Christians.

“I think The Gambia is quite an interesting country,” she said.

The new Spanish charge d’affaires said Spain is one of the leaders in tourism in Europe, and as such one of her main areas of focus is promoting tourism between Spain and the Smiling Coast of Africa.

The Gambia is said to constitute a great market for Spain with very interesting opportunities for Spanish companies, given the proximity of the two countries and the good flight connections.

Therefore, Mrs Mayoral said she will be trying to get some more Spanish companies to invest in The Gambia’s tourism sector.

Also, she said engineering is another field she will be promoting through bilateral cooperation.

“Spain has very good companies in engineering.Already, a Spanish company is one of the enterprises appointed to make the bridge in Farafenni,” Mrs Mayoral said, adding that she will be working on such kinds of cooperation with the Banjul government.

Besides, she said one of the goals of the Madrid government is to reinforce the political, economic and cultural relations between Spain and The Gambia.

“The embassy of Spain is ready to accomplish this purpose,” the Spanish charge d’ affaires said.

She said the two countries will also reinforce cooperation in terms of controlling illegal migration of youths to Europe.

She noted that controlling illegal migration is one of the main areas of collaboration between The Gambia and Spain,because about eight years ago there were a lot of people who used the coast of Gambia to go to Spain, through the Canary Islands.

“It was not only Gambians, but also people from other countries in the sub-region,” Mrs Mayoral said. “So we are trying to promote through cooperation employment for Gambians to avoid people having to go to Spain or Europe to find jobs.”

For example, there are some Spanish projects in The Gambia trying to promote, for example, gardening for women.

“There is a Spanish foundation called Women for Africa which recently began an agricultural project in a village in Jarra, and they will be starting one in Sanyang soon,” she said.

“The project is focusing on women to work on the field, in agriculture, by teaching them how to use some farm implements and machines to improve their production and productivity,” she added.

The idea is that it could be a sustainable project, and when the Spanish foundation goes back, the women could continue with the work and better their lives, the Spanish charge d’ affaires said. 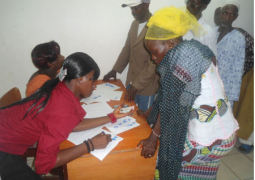