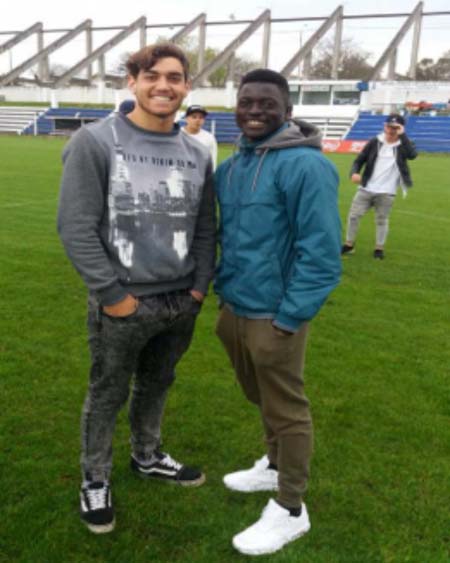 The 17-year-old Changa has netted 21 goals in eighteen league matches for Club Athletico Penarol youth team this season since signing from The Gambian’s premier league side Brikama United last season.

According to changa, the club are ready to offer him a professional contract on 21 May 2017, when he will be 18 years old after his impressive performance with the youth team.

It would be recalled that the former Gunjur United and Brikama United prolific striker has inspired Santos United to the 2014 Gunjur league title after thrashing Red Star Family FC 3-0 in the final game played at the Gunjur Nyamina Football Field.

Changa has also fired Passamai FC to the 2015 Gunjur knockout title after beating Red Star Family FC on penalties following their 1-all draw in the regulation time in the final at the Gunjur Nyamina Football Field, prior to his departure to Uruguay for professional football last season.

Changa was part of Gunjur zonal team that lost to Serrekunda West on penalties, after their 1-1 draw in the regulation time in the quarterfinal of the 2015 FiBank-sponsored Super Nawettan played at the Serrekunda East Mini Stadium.