According to a press release from the airline, the inaugural flight will take place on Wednesday, June 3, 2009 and the new service will operate four times a week - Monday, Wednesday, Friday and Sunday.

According to Arik Air's General Manager, Sales and Marketing, Suraj Sundaram, the commencement of services from by the airline will improve accessibility, and help the country to develop stronger economic ties and trade relations with its West African neighbours and with .

According to the airline, "up until now, the limited choice of direct flights between and other West African cities specifically has made airfares some of the highest in ." Arik Air's arrival on the market is expected to stimulate further travel, ease movement of travelers and goods and provide affordable air travel to communities in the Mano River region.

Michael McTighe, Arik Air's Managing Director promised that the airline would offer world-class service on the new routes. "We will not compromise on safety and will go the extra mile to ensure the satisfaction of our increasing customer base. This is a new dawn for air transportation on 's west coast," McTighe said.

is the hub of economic activities in The Gambia and it is where the headquarters of the country's peanut and fishing industries are located; two of 's important products. It is also the location of markets, where various crafts and jewelry are sold and of the harbour, home to many of the nation's fishing fleet.

Guests on this new service will have the opportunity of connecting to the airline's extensive domestic network covering 16 destinations in .

The airline currently operates a combined total of 120 daily flights from its hubs in and , and new daily non-stop flights will begin between and on 1st June 2009. Arik Air employs a workforce of 1,400. 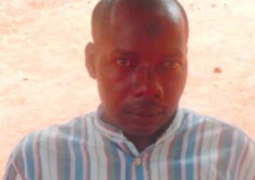