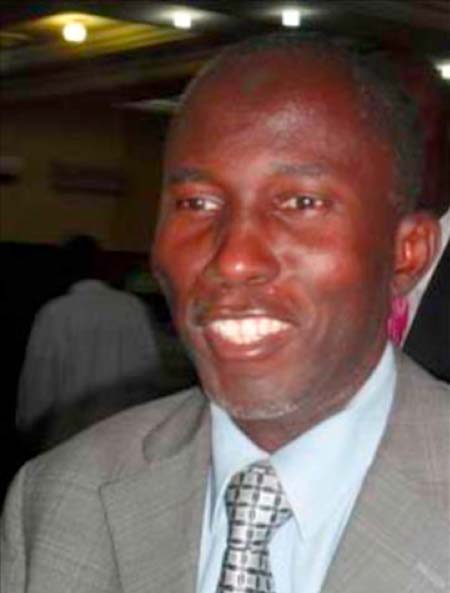 The Governor of the Central Bank of The Gambia, Amadou Colley, and the Minister of Finance and Economic Affairs (MoFEA) Abdou Kolley have saluted QCell through the Chief Executive Officer Muhammed Jah for introducing  the company’s latest products and harnessing their technical expertise and entrepreneurial acumen to bring extraordinary services to The Gambia.

Governor Colley went on to challenge other business tycoons to emulate Muhammed Jah for this laudable innovative, in a bid to help ensure greater access to financial services.

He made this commendation and posed the challenge while delivering a speech at the launching of the QCELL Qodoo Mobile money services, held at the company’s head office on Kairaba Avenue.

In his speech, the Governor expressed profound gratitude for him to be associated with “this very important launching of the QCELL Mobile Money services, Qodoo”.

According to the Governor, although the Gambia’s financial industry has experienced rapid growth over the past ten years, which has helped deepen financial intermediation, “access to and use of formal financial services is still low”.

With over 80 per cent of the Gambian population having no access to financial services, and conventional banking in the form of retail branches and Automated Teller Machines (ATMs) too expensive to be cost-effective in many areas, mobile money offers a game changer for financial inclusion, he said.

“And you may ask why the CBG and, indeed, all central banks put emphasis on financial inclusion,” Governor Colley continued.

“This is because studies have confirmed that countries have achieved high growth rates with deeper financial systems and financial inclusion provides additional growth boost once depth is accounted for.

“As a key enabler for promoting growth reducing poverty and boosting shared prosperity, financial inclusion is firmly placed on the agenda of the government and CBG as a key policy priority.”

According to CBG Governor, nobody could fail to notice the explosive growth of the Telecommunications sector in The Gambia nor deny the innovations mobile operators have brought to the industry.

In 2015, mobile phone penetration stood at over 70 per cent and it is predicted that the number of subscribers would continue to increase.

He further said mobile money can further revolutionize the industry and, more importantly, provide a new approach to financial inclusion in The Gambia.

He added: “The regulation took into account lessons learnt from markets where mobile money deployments are thriving and views obtained through consultations with telecommunications operators and other stakeholders.

“The regulation, benchmarked to international standards, provides for the delivery of electronic retail payments by telecommunications companies, banks and other financial institutions, as well as persons and entities licensed as agents, without compromising safety.

In countries where mobile money has been introduced, especially Kenya the birth place of the famous M-PESA, the platform has transformed the economy profoundly by helping millions of citizens, who were otherwise excluded from the formal banking system, the governor said.

Mobile phone money service provides the safe transfer and receiving of money, as well as paying for goods and services.