Gambia Ports Authority on Saturday shared points with the Gambia Armed Forces, after a goalless draw in their week-thirteen fixtures played at the Banjul KG5 Mini Stadium to maintain their six points in the 2015-2016 Gambia Football Federation’s domestic division one league.

On the other hand,Gamtel missed the chance to close the gap on league leaders Gambia Pors Authority following their goalless draw with Wallidan at the Serrekunda East Mini Stadium.

Elsewhere, Steve Biko beat relegation threatened Serrekunda United in the other week-thirteen fixtures played at the Independence Stadium in Bakau to recover in contention for the league title following their 1-0 defeat to Hawks in their week-twelve fixtures.

Ousman Senghore scored the only goal for Bakau giant killers in the game to grab the vital three points to keep their ambitions alive.

Samger came from one nil down to beat bottom place Banjul 2-1 at the Banjul KG5 Mini Stadium to climb three places above relegation zone.

Mamadi Ngum and Omar Jobe were on target for the Academy boys in the game. 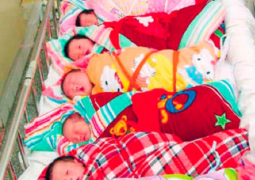