Both sides, Jambur and Jambanjelly, will be fighting for a win to fancy their chances of reaching the quarterfinal as well as keeping their hopes of landing their first-ever Kombo South football tournament title.

On Saturday 12 April 2014, Nyoffelleh will face Tujereng in group B at the Sifoe football field. Nyofelleh are currently struggling with a single point in one game and will be coming all out for victory against Tujereng, who are unbeaten since the start of the tournament last month, to boost their chances of qualifying for the quarterfinal.

Elsewhere on Sunday, Kartong will host Berending at the Sifoe Football Field. Kartong are already through to the quarterfinal after winning their two opening fixtures against Batokunku 1-0 and Gunjur Kunkujang 4-1. They will be searching for a win against Berending to maintain their hundred percent record in the competition.

Berending are with zero point but are yet to play a game and are vying for a win against Kartong to boost their chances of reaching the quarterfinal. 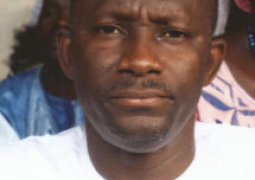