A man called Mustapha Colley of was recently cautioned and discharged by the Brikama Magistrates’ Court, after being found guilty of stealing cashew nuts.

According to the facts of the case as narrated by the prosecuting officer, First Class 3645 Fatou Trawally, it happened on 11 May 2011 when a man was passing through the cashew farm and saw the convict there.

She narrated that the said man went and informed the complainant, who came and found the convict on his cashew farm with a bag of cashew nuts.

She further narrated that the complainant took the convict to Mandinary Police Station, adding that the convict was later cautioned and charged with the offence committed.

The convict was subsequently cautioned and discharged after begging the court for forgiveness. 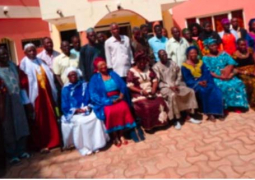