Alleged willful damage to property case against one Samba Bagayoko failed to proceed at the Kanifing Magistrates’ Court before Magistrate Jallow.

When the case was called, the prosecuting officer, CPL 3560 Colley, announced his representation for the IGP and told the court that he was holding brief for Sergeant Kinteh.

He further told the court that the prosecution handling the matter was sick and could not come to court and as a result, he was applying for a short adjournment to enable him call his witnesses.

Subsequently, the trial magistrate granted the application made by the prosecution.

He told the prosecution to speed up with their case, since the case could not proceed on the last two adjourned dates.

According to the particulars of offence, the accused, Samba Bagayoko, on 4 March 2011, at Kanilai Family Garage, in the , destroyed a bus of the Kanilai Family Farm valued at D600,000 by causing the said bus to be destroyed by fire. 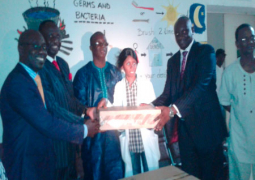