This is a part of the theme of a recent Career Fair organised by , in collaboration with the Rotary Club of Banjul.

We have chosen it as the subject matter of today's discourse because it accords with our conviction that Africans must identify the challenges facing them, especially in the area of developing a career for the development of the African continent.

And nothing reinforces the theme more than the remarks made by the President of the Rotary Club of Banjul, Mr John Kenny. He said the challenges of the new millennium are immense and governments around the world are tirelessly working to meet these challenges.

According to him, he was standing for his fellow Rotarians and thousands of people around the world, who are dying of starvation, wars, lack of potable water and poor health, while others continued to live in abject poverty, injustice and ignorance.

There are many countries that have no natural resources yet they are able to create stupendous wealth due to efficient applications of human resources. A case in point is .

By contrast there are some African countries that are endowed with natural wealth but they are still steeped in poverty, apparently due to poor applications of their human resources.

It all goes to show that it is not what you have that matters, but how you utilise it.

When we talk about human resources, we should not leave out the issue of leadership because effective leadership inspires the followers to give their all to national goals and aspirations.

We need a well-trained manpower to exploit our natural resources and to ensure a just and equitable distribution within the framework of an open society.

One thing that is certain is that the things that retard progress in are corruption, nepotism, ethnicity, religious bigotry and senseless wars.

Even where there is an overstock of highly skilled human resource, it will count for nothing if corruption is rife, amidst trivial antagonism and religious discriminations, among other social vices.


"The price one pays for pursuing any profession or calling is an intimate knowledge of its ugly side". 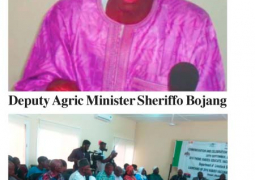 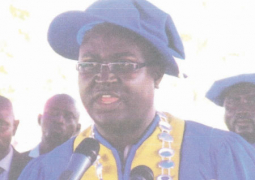