The West Africa Network for Peace-Building WANEP on Tuesday November 24th began a two-day capacity-building training for women in peace-building and conflict prevention.

The training, which is currently underway at the National Nutrition Agency, NANa Complex is within the framework of the Action Aid supported alliance for the promotion of human security, and in line with WANEP's mandate to promote peace in the country.

Speaking at the occasion, Ms. Pamela Cole, the National Co-ordinator of WANEP, said the objectives of the forum are to build the capacity of women in peace-building, popularise the UNSC Resolution 1325 on women, and to develop a strategy and design avenues for localising UNSC Resolution 1325 in The Gambia, among others.

The UN Resolution, she said, is binding on all member states to respect the participation of women in peace-building processes and representation.

She lamented the low level of women's participation in peace process on the continent, as well as the widespread discrimination against women in decision- making.

Madam Cole described the forum as timely and relevant, noting that it came on the heels of the just concluded Beijing +15 meeting in Banjul.

She encouraged the participants to take the forum seriously.

In a keynote address delivered on behalf of the Country Director of Action Aid, Mrs. Jainaba Nyang-Njie Action Aid's Communication Manager said the importance of equipping women with the necessary skills and knowledge to be effectively involved in peace-building and conflict resolution exercise cannot be over-emphasised.

According to her, peace-building and women's involvement in it becomes an important issue in view of the fact that The Gambia is located within a sub-region that is plagued with violent conflict.

"For us to have a sustainable peace and stability there is a dire need to involve women in conflict resolution and peace-building initiatives," she said.

Madam Nyang maintained that there is an absolute need to involve women in all spheres of developments, including peace-building.

Other speakers included Dr. Siga Jagne, who emphasized that without peace there cannot be any meaningful development. Women, she added, play a critical role in peace process. 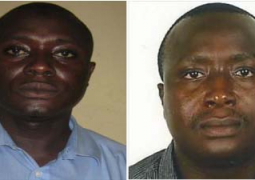