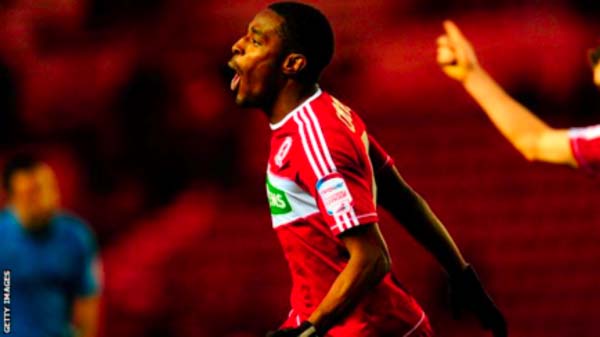 Middlesbrough winger Mustapha Carayol says it is the “right time” in his career to commit his international future to the Gambia.

Carayol, 26, is back to full fitness after suffering a cruciate knee ligament injury which had kept him out for 13 months.

Last month he signed a two-year extension to his contract at Middlesbrough, having been on loan at Brighton, and he says he is now focused on establishing himself as an international with the Gambia.

“I think it’s been a long time coming, I’ve had a few times when they’ve invited me but it wasn’t the right time for myself and my family,” Carayol told BBC Africa Sport.

“A few of the times I’ve had a little injury; so I didn’t really want to come and perform half-heartedly. I feel like it’s the right time in my career now,” Carayol explained.

Carayol, who was born in Banjul, is targeting an appearance for The Scorpions in the forthcoming qualifiers for the 2017 Africa Cup of Nations.

“Obviously I’ve spoken to them. I’m looking forward to the official invite and look forward to representing the Gambia in the Africa Nations Cup qualifiers.

“All my family’s Gambian, so everyone’s excited and I’m going to have a lot of pressure when I do get the chance to play.

“But for me, it’s the experience of a professional footballer to go and represent your country. I’ve got quite a lot of support there already and I’ve not even played so hopefully I can live up to the hype when I do play and make a lot of people happy.”

The Gambia have been drawn in Group M of the 2017 Nations Cup qualifiers, along with South Africa, Cameroon and Mauritania.

Despite facing formidable opposition, Carayol believes his country can cause an upset by qualifying for the 2017 finals to be held in Gabon in two years’ time.

“I always see challenges as something you can overcome and that’s why they put challenges in front of you.

“At least even if we don’t qualify, everyone can be proud of us and say that we gave it a right go.

“But for me personally, I’m looking more forward to the challenge of playing international football.”

The Gambia’s first 2017 Nations Cup qualifier is against South Africa next month.

Before that, Carayol is concentrating on helping Middlesbrough’s bid for promotion to the Premier League. The club have a 2-1 advantage over Brentford going into the home leg of their Championship play-off semi-final.

“The boys are really confident. Keep my fingers crossed and hopefully we can get over the line and I can be a Premier League player next year.”

If Carayol does reach the Premier League with Middlesbrough, he may well come up against other African icons such as Yaya Toure and Didier Drogba - players who have made their name in England’s top flight.

“They’re massive role-models because as a young African player, you always look towards the people that you can actually relate to.

“Oviously I’ve not had the chance to play internationals yet, but I’ve spoken to a few close friends of mine.

“Albert Adomah who’s at Middlesbrough - who represented Ghana at the World Cup - and Yannick Bolasie who’s a really close friend of mine who represented DR Congo in the Africa Nations Cup just gone.

“And they’ve all told me good things about playing African football, so I’m excited. I can’t wait to get the chance to go and kick a ball out there and show everyone what I can do.” Bbc 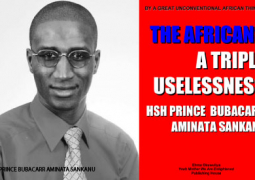