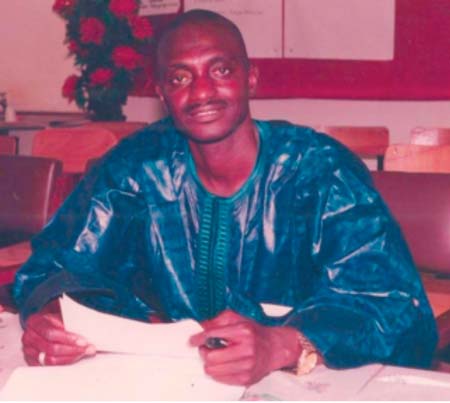 Lamin King Colley has claimed that he knows current GNOC president Dodou ‘Capi’ Joof will be dragged to any corner of the building ‘with or without his conscience’.

Speaking to reporters shortly after the election, King Colley, who contested and lost to Capi, described Joof as a soft man.

“This is why as citizens we feel we should have someone who will be challenging to the bureau, someone that have the idea of promoting sport to higher heights as sport should not be personalized, rather it should be collective work,” he said.

He described Joof as very supportive of sport but they have witnessed some developments during Dibba’s tenure as president.

He said Capi is not his mission and as such he would redouble his efforts as far as sport is concerned in this country.

He said the process of the GNOC elections needs to be transparent, but that was not the case in the just concluded election.

He made an observation about section 11.1 of the GNOC constitution that a candidate should be a delegate of an association in order to contest for a position, referring to Ousman Abou Wadda’s election as treasurer, who he said was not delegated by any national association.

He promised to take up his claim with the National Sports Council to address the issue.

Being Realistic is Not Being Pessimistic