Jakereya Jarju a bus driver, who was reported to have caused the death of one Muhammed Dem, by knocking him with a vehicle at Tabokoto Abou Sey junction, has being convicted and sentenced by the Bundung Magistrates' Court presided over by Magistrate Kumba Sillah Camara, to serve 2 years mandatory jail term. He was also ordered to pay compensation of D50,000 to the victim's family in default to serve another one year imprisonment.

The prosecuting officer, Corporal Sambou, adducing the fact of the matter explained that the offence in question happened on the 25th July 2008, at Tabokoto Abdou Sey junction when the accused hit the pavement in between the two roads and swerved from left hand side of the road and as a result knocked down one Muhammed Dem. He added that the victim was rushed to the RVTH in were he was pronounced dead, adding that the matter was reported to Old Yundum Police Station.

The accused in his mitigation, told the court that he felt remorse, and begged the court to temper justice with mercy. 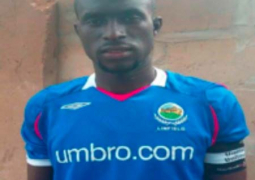