Testifying before the court, the prosecution witness, Dawda Corr, told the court that he is a police officer at Bakau police station, recognised the accused person and could recalled what happened on 23rd June 2010.

According to him, on the day in question, one Emmanuel Sanyang, a soldier, came with the accused person to the police station with a plastic bag.

Mr. Sanyang told him (Dawda Corr) that Musa Jatta was seen trying to break a shop around the seaside, and that he arrested him.

Officer Corr further told the court that he took a statement from the accused person, before inspecting the said plastic bag, where he found three bags, necklaces, two table cloths, and a small cooking pot that were allegedly stolen by the accused. He later visited the scene, Corr added.

Further testifying, he told the court that he went with the complainant, and one Mr. Badjie, to the scene and found the door forcefully bent, and that the complainant took out his key and opened the door.

The witness indicated that when he entered the shop, he found everything inside scattered. Later, he returned to the police station, where his statement was recorded. The witness identified the said items in court.

Subsequently, the case was adjourned to 2nd August 2010 for continuation. 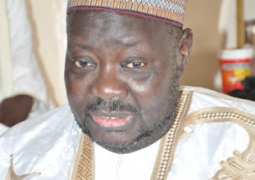