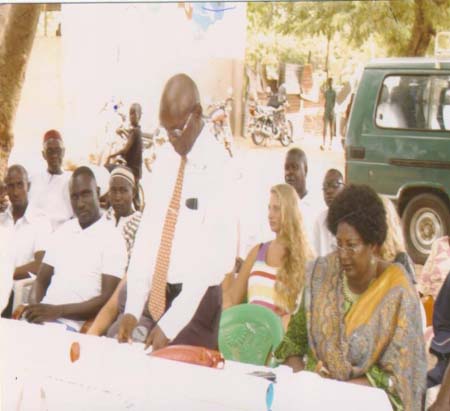 Cherno Manneh on behalf of his Netherlands friends Thursday presented cartons of learning and teaching materials to Bundung Lower Basic School as a way of contributing to quality education in The Gambia at a ceremony held at the school grounds.

Speaking on the occasion, Ms Isatou A. Jallow, the headmistress of the school, thanked the donors for rendering such assistance to the school.

She said the philanthropist had previously given support to the school, and described their relationship as a good one. Ms Jallow assured the donors that the materials would be put to good use.

Essa Sowe, the chairman of the school’s SMC, also thanked the donors for the support, adding that it is timely and would go a long way in helping both the teachers and the students.

Choosing Bundung LBS is important due to its population, despite annexing the school this year, he said.

Lamin FM Jaiteh, the principal education officer, said the support came when his ministry is aiming to reach its set goal of Vision 2015.

He called for any intervention from any stakeholder, as the ministry cannot do it alone, and urged proper use of the materials to achieve quality education.

Cherno Manneh, who led the delegation of his Dutch friends, said the lady behind the gesture is a Dutch national who wants to contribute to the development of quality education in The Gambia, especially at the grassroots.

They have previously rendered such assistance to Bundung Lower Basic School, he added, and promised that more support is expected.

Other schools would also be beneficiaries soon, he announced.

The Alkalo of Bundung thanked the donors for their valuable support to his community. 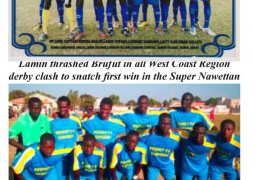