Heroes are always remembered for what they lived for. One such hero was late Minister of Health and Social Welfare, Dr Abubacarr Gaye, who died last week.

Going by what those who knew him have said about Dr Gaye, one can safely conclude that he was a hero in his own way.

Among his attributes, they said he was a devout Muslim, a caring man, who was committed to national development, as well as being a down-to-earth person.

Indeed, he will always be remembered for dedicating his entire life to the development of the health sector, and humanity in general.

The late Dr Gaye, before being appointed as minister, was self employed, and had diligently helped the people of North Bank Region with medical care to the best of his ability.

He was a gentle, honest and trustworthy man, whose focus was mainly development oriented, those close to him confided.

They recall that Dr Gaye visited all the regions of the country soon after he was appointed as minister, to have first hand information about the sector.

Senior officials under the health ministry joined him in embarking on a nationwide tour, visiting all the regional health management teams, and all the major facilities in the country.

According to his colleagues, the late Dr. Gaye was instrumental in the ministry of Health's reforms, and ongoing restructuring of the health sector.

Thus, his death is being described as a big loss to the entire nation.

He was really a hero, to those who know his legacy, which would remain in the minds and hearts of people, especially who worked with him over the years.

This country needs people like the late Dr Abubacar Gaye, who served the government and the people with devotion, because he feared Allah and knew that the Day of Judgment will come one day.

May his gentle soul rest in eternal peace! 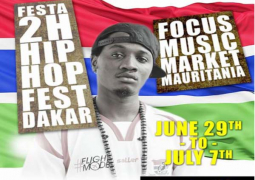 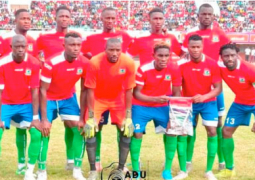