The criminal theft case involving Abdoukarim Jabang continued recently at the Bundung Magistrates' Court before Magistrate Lamin George with the testimony of the defence witness, one Habibou Bah.

Testifying before the court, the defence witness, Mr. Bah told the court that he knows both the accused and the complainant.

It could be recalled that the accused, Abdoukarim Jabang was alleged to have stolen the following: five solar panels, valued at D25, 000, one borehole pump, valued at D17, 000, one water pump valued at D5000, one full box, valued at D2000 and a lab top, all being the property of Jens Weitzburger. 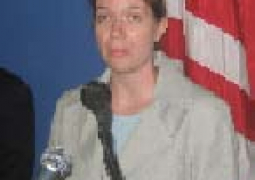