Mr Yunusa Sanno, the Alkalo of Brufut village in Kombo North, yesterday appeared before Justice Ngui Mboob Janneh of the Brikama High Court in a land dispute between the plaintiffs Mr James Randolph and his wife Shona Randolph of against one Seedy Sanneh, the defendant.

In his testimony, the Brufut Alkalo told the court that he has been the Brufut Alkalo for four years since the death of his brother. He added that he knew both the plaintiffs, and the defendant whom he referred to as his brother's son. Mr Sanno further adduced that it was the defendant who came with the plaintiffs to the then Alkalo, the late Alh. Kalifa Sanno, to request land on their behalf to build a Health Centre for the community. He said based on that, the Late Alkalo instructed him to measure a piece of land for the plaintiffs, which he did. He said the plaintiffs also demanded another piece of land to build a supermarket for the community.

The 86 year-old Alkalo revealed that the then Alkalo refused but was later convinced by the defendant Seedy Sanneh, and the land in contention was subsequently allocated.

It could be recalled that the plaintiffs Mr James Randolph and his wife Shona Randolph of are claiming possession of all that piece of land situated at Brufut in Kombo North occupied by the defendant. The plaintiffs also claim damages for trespass, interest and cost. 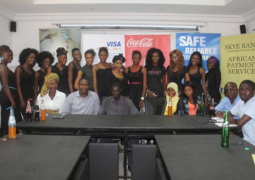