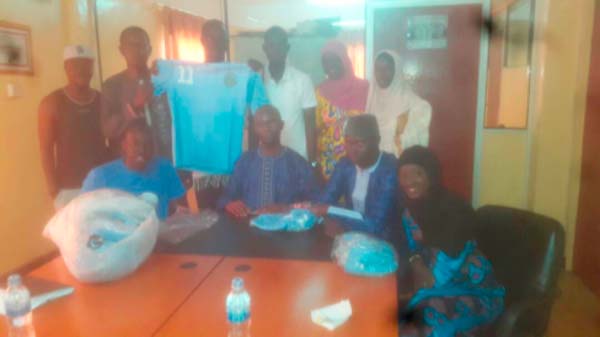 Chairman of the national bureau, Dawda Sarge, said the donation was in line with the bureau’s corporate social responsibility and public relations strategy.

“We have a public relations strategy in which we try to inform, educate and communicate which includes being on radios and on the television and in newspapers so that people will understand and appreciate what we do,” said Mr Sarge, who is the managing director of Prime Insurance Company.

“It is also in line with this strategy that the bureau goes out to support communities and organised youth groups like Ruhagi,” he said. “As a corporate institution, we also have a social responsibility and we strive as much as possible to fulfill that responsibility by reaching out to communities in areas of need.”

The National Bureau of Ecowas Brown Card, the chairman said, has been involved in cross border activities to ensure that motorist plying within the Ecowas countries can move freely without hindrance.

The Brown Card is an extra-territorial motor insurance policy introduced in all Ecowas countries in 1982.  It is a legal requirement for vehicles travelling across the borders to any country within Ecowas.

Holder of a valid Brown Card is protected in case of an accident in any Ecowas country.  The card holder’s insurance company would pay all genuine claims arising from injury, death and property damage caused by his/her vehicle in the visiting country.

Receiving the jerseys from the national bureau, Baboucarr Ndow, adviser of Ruhagi Youth Organisation, said the donation “has come at the right time”, for the team currently plays a tournament where the need for an extra set of jerseys was necessary.

“The boys will now be motivated to do well when they are in their new jersey in their second game of the tournament,” he said.  “We were having two sets of jerseys but as a club, we need as much jerseys as possible.”

Mr Ndow commended the donors for the gesture, saying other corporate entities should extend a helping hand to the youth, particularly sport. 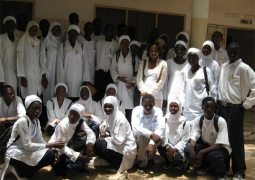