A British national, David Tungate, was recently arraigned before Magistrate Gomez of the Kanifing Magistrates’ Court, charged with libel.

The charge sheet read in court stated that in April 2015, in the Kanifing Municipality and diverse places in The Gambia, Mr Tungate published online in a newspaper, the Express Newspaper, and under What on Gambia, a picture of one Jainaba Bojang in a manner injurious to her reputation, and thereby committed an offence.

He denied the charge and was granted court bail of D100,000 with two Gambia sureties who must deposit their ID card. 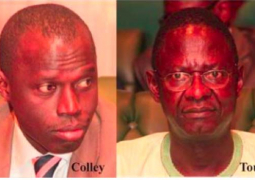