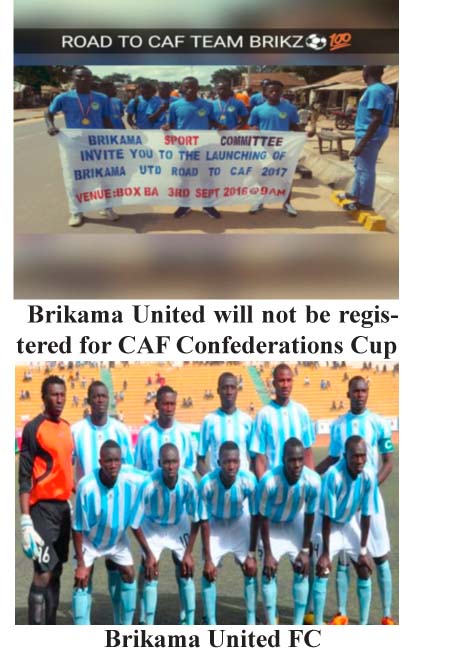 Brikama United are not going to be registered for the 2017 CAF Confederations Cup competition, according to news emanating from Brikama.

The Brikama United are set to represent The Gambia in the continental second tier football club competition after clinching the 2016 FF Cup title following their 1-0 win over rivals Bombada in a well-contested final game played at the Independence Stadium in Bakau, on 5 June 2016, courtesy of striker Sainey Bojang’s second-half strike.

The fund-raising campaign is meant to raise enough funds for Brikama United’s participation in the 2017 CAF Confederations Cup.

The Gambia Football Federation and Brikama Sports Committee have confirmed that Brikama United are not going to be registered for the 2017 CAF Confederations Cup meaning that reigning league champions Gambia Ports Authority will play in the continent’s top tier football club competition after winning the league title last season.

The team managed to raise some funds which is not enough for their participation in the continent’s second tier football competition.

The GFF has confirmed they would support league champions Gambia Ports Authority and FF Cup champions Brikama United in their respective competitions.

The country’s football governing body is set to pay airfares, accommodations and indemnities during the team’s home game. 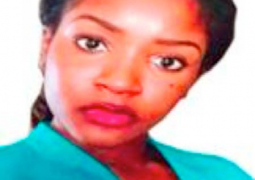