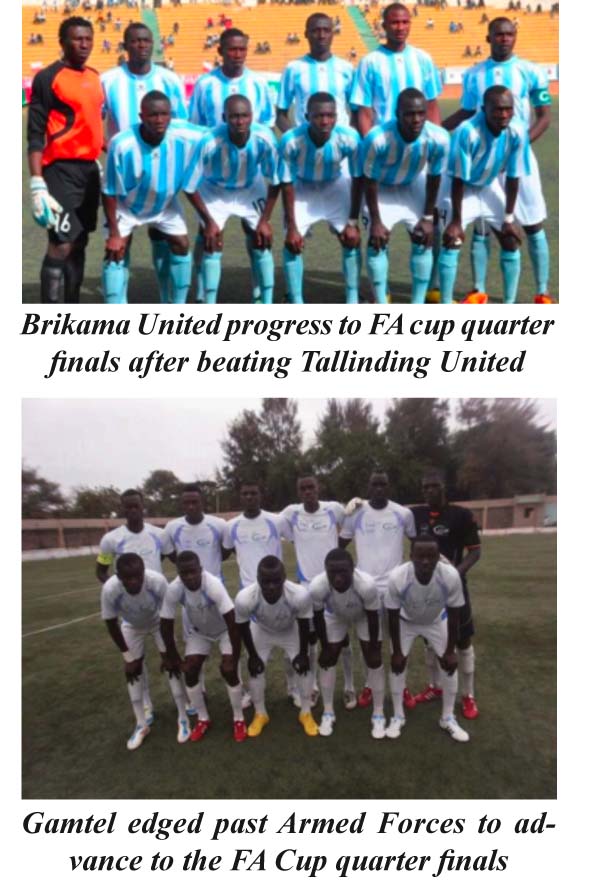 Brikama United and Gamtel are through to the quarterfinals in the ongoing Gambia Football Federation (GFF) FA Cup competition, after winning their round sixteen games played on Tuesday.

The Brikama-based outfit thrashed second tier side Tallinding United 3-1 in the game played at the Brikama Box Bar mini stadium to advance to the quarter finals.

The telecommunications giant beat Armed Forces 2-1 in their game at the Serrekunda East mini stadium to sailed to the quarter finals.