The day after Kosovo officially declared independence, ; the ministry of Foreign Affairs issued a press release expressing its congratulations. As of March 3rd, 28 countries around the world the have recognized Kosovo, whether tacitly or explicitly. was one of the first countries to recognized Kosovo as a sovereign nation says a press release from the ministry of Foreign Affairs.

The release continues saying "in spite of the obstacles and difficulties in gaining independence, Kosovo finally declared independence peacefully. As a result it has won the recognition of European countries and the . This has been an exception in the past practices of the international community". The release adds, " can take its example from Kosovo and stress to the international community the following points:

Firstly, all peoples enjoy the right to decide their own destiny.All peoples have right to self-determination, which is recognized by the United Nations. The UN international Covenant on Economic, Social and Political Rights and Article 1 of the international Covenant on Economic, Social and Cultural Rights states, " All peoples have the right of self determination. By virtue of that right, they freely determine their political status and freely pursue their economic, social and cultural development."The decision for Kosovo to declare independence based on the desire of its people to exercise self-determination is justified. In the same way the release added, "'s future should be decided by its 23 million citizens".

As a matter of fact, this statement is a paradox. Due to racial and cultural factors, Kosovo suffered from wide spread domestic turmoil. By the same token, still promotes the idea that 's gaining recognition of sovereignty from the international community and joining international organizations will be detrimental to regional peace in . The release stresses that this is pointless and misleading. 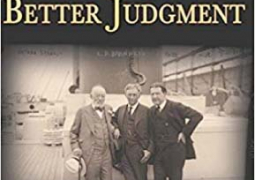