Senegalese outfit Cassa Sports came from one-nil down to draw 1-1 with 2010-2011 Gambia Football Association (GFA) division one league champions Brikama United in an international friendly game played at the Brikama Mini-Stadium on Sunday.

The entire game was dominated by the visitors, who made astonishing goal-scoring attempts but squandered them all.

Brikama United, who relied on counterattacks, opened the score through Modou Njie in the 32nd minute of the game from a penalty spot after winger wizard Basaikou Jawneh was brought down inside Cassa Sports eighteen-yard box by defender Pierre Bonior Manga to give his side the lead.

Cassa Sports responded back for an equalizer and again created numerous goal-scoring opportunities but could not level the score and Brikama United went to break with a slender lead.

Upon resumption of the game, Cassa Sports continued to mount pressure on Brikama United and created several goal-scoring opportunities before their efforts yielded dividends in the 71st minute of the game when Lamin Fanneh levelled the score from a spectacular header to cancel out Modou Njie’s 32nd minute strike.

Striker Sajor Fadera could have grabbed the winner for Brikama United in the 77th minute of the game when he dribbled past Cassa Sports defenders and rounded the goalkeeper Sulayman Sanneh but his shot was denied by the woodwork and thus the game ended 1-all. 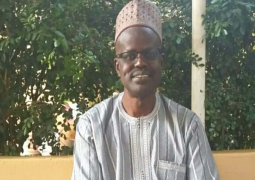