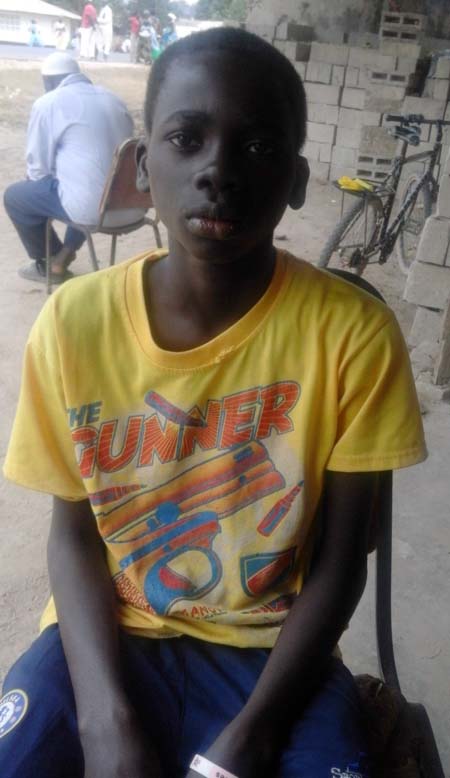 Alieu Tambedou, a 14-year-old boy of Madina Salaam village in Kombo South, is in dire need of help to facilitate his medical treatment overseas.

The grade 7 student’s medical report, dated 19 November 2015, has it that he has a history of cough and fast breathing.He has been regularly going to the hospital for follow up checks, according to the report.The boy is said to be suffering from heart disease.

According to the mother, Sona Janko, the boy’s sickness started two year ago and he has since then not been able to get the required treatment to cure the disease.

Alieu’s mother said the last time the sickness attacked him, she took him to Brikama health centre but they were later referred to the Edward Francis Small Teaching Hospital where it was confirmed that the boy needs overseas treatment.

“Therefore, I am appealing to the general public, government and NGOs to help support us in the treatment of my child,” she said.

Alieu himself reiterated her mother’s appealed saying he needs support so that when he is treated, he can continue his education with his colleagues.

“This sickness is disturbing me a lot.Breathing is a problem for me; sometimes I cannot sleep for a whole night because of cough and vomiting,” he said, adding that he normally vomit whatever he eats.