Border closure - no end in sight?

The impasse over the border closure between The Gambia and Senegal, which started in early February this year, is still unresolved.

Our Trade minister, we have learnt, is in Senegal also trying to discuss with his counterpart in Dakar to find a lasting solution to the problem, which has gone on for so long this time around.

The border closure is having negative impact on business between both countries and the region, the minister reportedly said. “This is not good for all of us.”

What is really making things so difficult for both parties to mend their differences on the border closure issue that cannot be sorted out, even though the ECOWAS Commission has sent a fact-finding mission to find a solution to the problem?

As this unfortunate situation persists, cross border trade is affected, businesses run by Senegalese, Gambians and other nationals across the borders of the two nations are seriously hampered, our economies are starved of much-needed revenue and the people’s livelihood is hindered.

And while business transactions are hindered, the economies of these countries are deprived of revenues from such activities as the Inter-State Road Transit trade (ISRT) in the region.

It should also be noted that most of the commercial vehicle drivers plying the routes across the borders of both countries, who are mainly ECOWAS citizens, are now left in limbo, as well as the local communities in these regions and the border towns, shops and all those that depend on such transit trade for their livelihood.

Our authorities should bear in mind that our countries are part of ECOWAS, which guarantees free movement of persons and goods in the region.

And there are several other protocols, including the Inter-State Road Transit (ISRT) that set out to facilitate and grow trade among member countries and their economies.

These should be respected and made to work well for both countries.

The disagreement emanating from the seemingly border transit charges must be resolved, as we are sister nations and are one people tied by blood relations, religion, culture, and common membership of regional and international organisations such as OMVG, ECOWAS, AU and the UN.

“Let’s find a lasting solution to the border closure between our two nations.” 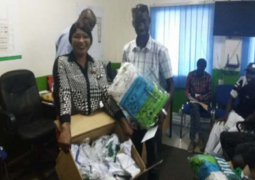 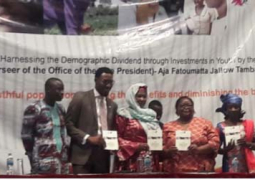 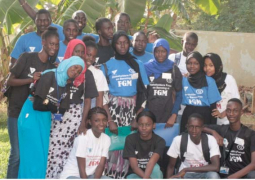