Black Panthers FC to clash with Barcelona in Badinya Tourney

Black Panthers and have never played against each other in a competition before and the game is therefore described by many football fans in Gunjur as a cracker.

The tournament is organised by Badinya Sports Committee (BSC) to promote, nurture and develop grassroots football in Gunjur and its satellite areas. 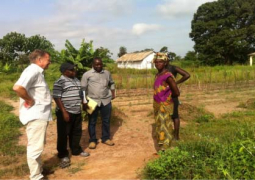