Striker Yankuba Janneh alias Alexis Sanchez, and Pogba were on target for the Athletics boys to sail to the last eight.

Bilbao FC are now through to the league and knockout quarterfinal.

Jujuba United are now out of the knockout competition after losing to Bilbao FC at the weekend. 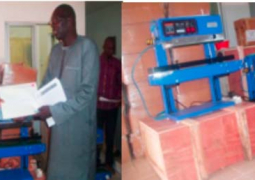