After creating Adam, God put him in the Garden to tend it. Then He gave him one single instruction: “You are free to eat from any tree in the garden but you must not eat from the tree of the knowledge of good and evil, for when you eat of it you will surely die.” (Genesis 2:16-17) This simple instruction was later reframed by Eve to say that God did not only forbid the eating of the fruit but touching it as well. God speaks in very simple but clear language to avoid being misunderstood. The problem is that when we want to do things our way, we can always find suitable excuses to back our disobedience.

John exhorts in his epistle that God’s commands are not burdensome. (1 John 5:3b) God gives instructions taking into consideration the circumstances at hand and the probable consequences when we fail to comply with them. Our Lord Jesus summed up The Ten Commandments into two. “Love the Lord your God with all your heart and with all your soul and with all your mind.” (Matthew 22:37) which He called the greatest. “And the second is like it: ‘Love your neighbour as yourself.’ (verse 39) In the Old Testament it is written; “And if we are careful to obey all this law before the Lord our God, as he has commanded us, that will be our righteousness.” (Deuteronomy 6:25)

God wanted us to be in right standing with Him because obeying all the laws was a guarantee of our righteousness; to be what God wanted us to be. If the motive was not love, what then could it have been? He made these laws for our well-being and protection not out of any obligation.

He made us and He knows our limits and how well we can adapt.  It is all a matter of trust. How well do we know Him to trust Him? Jesus asked his disciples to love Him by obeying His commands. “If you love me, you will obey what I command.” (John 14:15) We are his present-day disciples; we also ought to obey His commandments given for our good.

Jonah, a prophet of God received this instruction from God: “Go to the great city of Nineveh and preach against it, because its wickedness has come before me.” (Jonah 1:2) Why was that a difficult instruction to carry out? Because prophet Jonah had no intention of letting God save the wicked people of Nineveh from destruction. Left to him, he wanted them all dead. The instruction was to go east but he went west, forgetting that no one could flee from God’s presence. God is everywhere.

He met with no end of problems; was thrust overboard a ship and swallowed by a whale. There he prayed for mercy and God granted it. He was vomited ashore. “Then the word of the Lord came to Jonah a second time: ‘Go to the great city of Nineveh and proclaim to it the message I give you.’ ”(Jonah 3:1-2) He finally went. With God you can run but cannot hide.

Prophet Elisha ordered general Naaman to dip himself in lake Jordan seven times in order to receive his healing. He sulked and said: “Are not Abana and Phatpar, the rivers of Damascus, better than any of the waters in Israel? Couldn’t’ I wash in them and be cleansed? ” (2 Kings 5:12) For his arrogance, he would have missed such a unique opportunity to get healed---having travelled a long distance, all the way from Syria, for this. He was saying ‘don’t you know I am a great general to dip myself in this dirty lake.’ One of his servants saved the day when he said to him. ‘Master if the prophet had asked you to accomplish a feat you would have done so. All he is asking you is to dip yourself in the lake seven times and receive your healing.’

Our Lord Jesus borrowed the boat of some fishermen to preach by the lake, because there was a large crowd. After he finished preaching He asked one of them to move ahead a little and throw his net for a catch. “Put out into deep water, and let down the nets for a catch.” (Luke 5:4) One of the sailors argued that they had fished all night but caught nothing, but ‘by your word’ he cast his net and caught loads of fish to the extent that they had to request help from fishermen nearby.

Our Lord Jesus told the parable of two brothers who received instructions from their father to go and do some work in the farm. The one who answered ‘yes,’ did not show up; the one who initially said ‘no’ turned up. Jesus asked the question who was the obedient one? Obviously the one who obeyed.

And so it will be for us believers when we obey our Lord and Saviour and do His bidding. His commands are not burdensome. They were meant for our good. 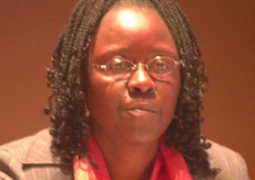 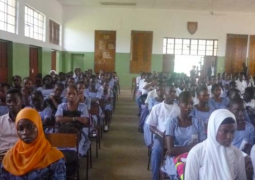