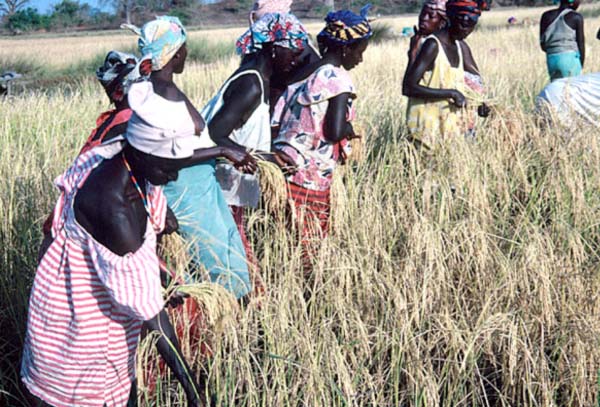 One of the over 100 plots of land that former President Yahya Jammeh had acquired from their owners have been returned to the communities that had traditionally been using it to cultivate rice.

Jahally-Pacharr had been an agricultural rice cultivation projects designed for communities in the Central River Region south by the first government of The Gambia.  It was famous for its tons of output in rice production but that has sharply dropped under Jammeh regime until he decided to take ownership of the lands.

“Lands belonging to Jammeh are being reviewed to ascertain which ones he owns and which he doesn’t,” said the president’s spokesperson, Amie Bojang-Sisoho.

She said one of such lands was the Jahally-Pacharr rice fields which Jammeh said he gave to President Barrow.  Amie was referring to the famous speech by Jammeh on December 2, 2016, in which Jammeh conceded defeat at the polls and said he was giving that rice fields to Barrow.

But when Barrow visited the fields in March 2017, it was returned back to the localities that had been cultivating it for years even before Jammeh came to power in 1994.  They are now using it to cultivate their own rice.

“This government’s policy is to promote diversification in agriculture which calls for not just focusing on groundnut and rice production but to promote livestock, horticulture and poultry farming,” she told reporters at the press briefing yesterday afternoon.

The Ministry of Agriculture is also said to be working on the implementation of this policy to promote public-private partnership in agriculture, she said.

She added that this is meant to encourage investors to work with farmers and move away from subsistence to commercial farming, as well as add value to production, processing, storage and marketing chain.

She also said seeds and fertilizers are already available at reduced price compared to last year.

Also, the Ministry of Agriculture is working with communities to look into issues of farm implements.

“They will retrieve the available ones so that the majority of the people in the communities can access them rather than the implements being monopolised by few individuals.”