The Gambia national team’s 1-0 home defeat by the roaring Indomitable Lions of Cameroon on Sunday was, indeed, a hard luck to the players, and a bitter pill to swallow for the fans.

Even though our Scorpions did their utmost best during the game, as admitted by the Sports minister, GFF president, and coach Savoy, all their efforts count zero at the end of the game, unfortunately.

Football is such that no matter how a team played, at the end of the game if you don’t collect the vital three points, all the efforts are reduced to nothing.

However, fans should be patient; Rome was not built in a day. There should be the understanding that the team is just being built by Coach Savoy and had only three matches – two draws and one loss. That’s not a bad statistic.

Cameroon is a great team with so many accolades: four times African champions and participated seven times in the world cup.

The Scorpions need more exposure through international and friendly matches so that they can gain experience in international competition. The national team consists of talented players who have bright future if they play collectively.

The team, just like the coach, need more encouragement and more support.

For the Gambia Football Federation, they need to take care in the next international match hosted by The Gambia to sell tickets limited to the capacity of the stadium. During the Gambia-Cameroon encounter, hundreds of people with tickets could not enter the stadium because it was filled to capacity with 25,000 spectators. Such kind of discomfort and embarrassment should be avoided.

Similarly, sports journalists covering the match could not also use their normal sitting place because the area was sold and occupied with spectators.

Sports journalists are partners and key stakeholders in the development of football and sports in general. They ought to be treated as such; not as subordinates, as the GFF did!

Having said that, the national team players who were not invited for this game, they should not be discouraged and be reluctant whenever they are needed.  Only 24 people can be in the squad at anything. Coach Savoy should also take his time and further study the players, one by one.

The authorities should continue their financial support and the GFF should be more aggressive in looking for more sponsorship to develop the game. In football, there is a direct correlation between the money spent to build and develop a team and the possible result to expect from the team. In essence, we cannot develop our national football without money.

Defeating a national team on a home soil is always a bitter pill to swallow, but that should not warrant us to disown the Scorpions. They are one of us.  There is better luck ahead.

“Anyone can deal with victory. Only the mighty can bear defeat...”
Adolf Hitler 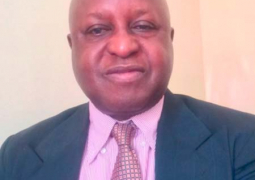