From the week commencing 31 March 2020, Foday Mubaraka Singhateh (son of the last Governor General of The Gambia, Sir Farimang Mamadi Singhateh) launched an idea to get everyone active by doing 20 push-ups.

This then developed into a challenge and quickly spread on Facebook by inviting people to participate in the challenge in exchange for a bag of rice for the poor and needy in The Gambia amid Covid-19 pandemic.

It soon became “The 100 bags of rice challenge” and people from across the UK, Europe, USA and The Gambia were getting wholeheartedly involved, sending in videos of their efforts and who they wanted their bag of rice to be donated to. It didn’t take long for the challenge to be fulfilled and by Friday 3rd April, all was completed.

Distribution of the bags of rice has already begun and bags have been distributed throughout the Kombos and as far as to the interior in Janjanbureh. As the donations roll in further distribution will continue through next week.

“We have seen many people who have received a bag of rice and shared with other poor compounds in their area to make sure that they are fed also,” Stephanie Turner, one of the founders of Karmic Angels Charitable Organisation said.

Foday arranged this challenge through his charitable organization, The Sir Farimang Singhateh Foundation and Karmic Angels Charitable Organisation run by Stephanie and Alan Turner. They recently signed an MOU to join hands and both forward-thinking charitable organisations have stepped up their action in The Gambia.

Besides this challenge, Gunjur Primary School have had all their school furniture revamped, Janjanbureh have had a Borehole installed in their large crop field and have also benefited from a women resting room at the crop field. Nursery age orphan/less fortunate children have benefited by being sponsored to go to school and there are other plans in the pipeline once Covid-19 is out of the way - the sooner the better.

“We are dedicated to helping as many people as we can through our charitable organizations,” Mrs. Turner said. 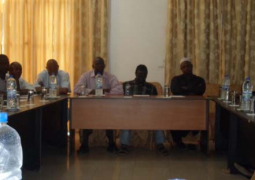 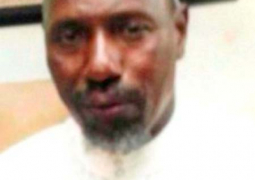