The Department of Community Development on Tuesday signed a memorandum of understanding (MoU) with Helping Hand Foundation-VZW, a Belgium-based charitable foundation.

The foundation is the organiser of the Antwerp Banjul Challenge, the traditional supporter of the Jammeh Foundation for Peace in The Gambia.

The MoU signed at the Department of Community Development in Banjul is geared toward improving the lives of communities in The Gambia.

Buba Joof, director of the Department of Community Development, said they want to put their efforts together to help communities to improve lives and living standards.

“This signing is to show our commitment, interest and determination to pursue the common objectives that we have set for ourselves.”

Cor de Bresser, president of Helping Hand Foundation, said they started their operations in The Gambia in 2006 with Jammeh Foundation, after signing an MoU with them.

He said they revoked the MOU with Jammeh Foundation in 2014, because things were not working the way they wanted and signed a new one with them.

“Our MoU with Jammeh Foundation has now ended; we are now signing a new MoU with these industrious people that we can have a new challenge with our Antwerp Banjul Challenge,” he said.

He said they did a lot in supporting communities in The Gambia with boreholes, supported hospitals and schools.

“The amount of auction was over D20 million, and we have donated 85 cars and 14 motorcycles; we also bring ambulance and school buses. We spend an average of about D2 million per year,” he said.

“We are very happy to continue this with your organisation; we have to make a new start because people in our country are scared of the entire situation in the past, but we have no reason to do so now.”

Buba Sanyang, permanent secretary at Ministry of Local Government and Lands, said the primary function of the Department of Community Development is to reach to the less privileged people in the society.

“This is a big challenge in the sense that you have been trusted not only with responsibility, but in changing people’s lives; you should live up to expectations,” he said.

The ministry would do its best to help Community Development in handling certain issues in the MoU, he said, and thanked the foundation for their continued support to The Gambia and her people, while assuring them that they would do all they can to live up to expectations. 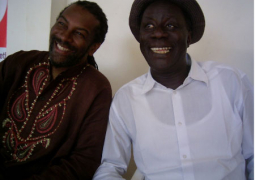 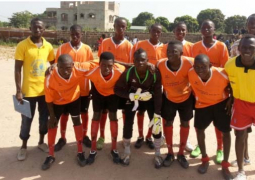