Miss Oummou Bah, the proprietor of Bedeou's Entertainment Foundation revealed that her foundation is planning to embark on a big five-day charity tour, come April 2010 in the country.

She said it is intended to invite big international artists such as Neneh Sherry from , Bunji Galin from , Natural Black from Gayana, Maximus Dan and Mr Slaughter both from for what many described would be a historic tour.

Speaking in an interview with Entertainment recently at her residence in Manjai, Miss Oummou Bah revealed that many other local and international artists, who are interested in making a positive change, would be invited.

She noted that since its inception, the foundation has succeeded in so many areas, such as health and nurition, fashion and beauty.

Bedeou’s Entertainment boss furthered revealed that her foundation is also invited to Trinidad and Tobago in February 2010 to promote a Gambian artist named Tijan Jabang, alias Tazman, an invitation she said was organised by the Trinidad government through the Prime Minister.

According to her, she would be accompanied by some Gambian artists, music promoters and of course the media. "The media will be travelling with us and it will report daily," she revealed.

Miss Bah called on companies and banking institutions to work with her foundation since its aim is to contribute to national development.

In conclusion, Miss Bah thanked the government of Trinidad through the Prime Minister for inviting her foundation to . She therefore called on companies in the country as well as the government of The Gambia to sponsor the trip to . 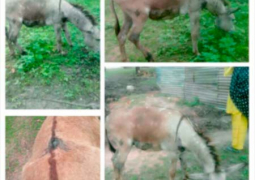