Ms Beatrice Allen has been appointed as chair of ANOCA Women and Sports Commission, according to an appointment letter to that effect dated 26 February 2014.

The letter reads: “I am happy to appoint you as Chair of ANOCA Women and Sport Commission. This appointment is with immediate effect and will be for the duration of the current Executive Committee.”

The letter added that the responsibilities of the commission will include, among others, development of women in and through sport; development of policies to empower women and girls; develop and propose educational programmes for women in all aspects of sport; encourage, advise and campaign for women’s election to positions of influence; propose to President men that should be appointed to the commission, and encourage NOCs to access Olympic Solidarity funding for gender development and monitor accordingly.

Meanwhile, Ms Allen was recently re-elected IOC member for another eight years during the IOC session on 5 February in Sochi, Russia. 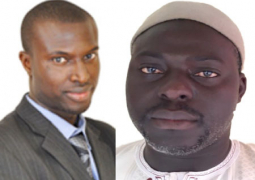