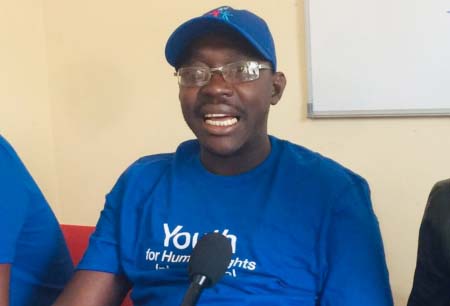 The formal establishment of Human Rights Day occurred at the 317th Plenary Meeting of the General Assembly on 4 December 1950, when the General Assembly declared resolution 423(V), inviting all member states and any other interested organizations to celebrate the day as they saw fit.

Beakanyang Kafoo was formed in 2011 and has been celebrating the day with series of activities in the previous years. This year, the organisation celebrated the event with a press briefing and symposium at its head office at Bambo in Serrekunda.

Executive Director Nfamara Jawneh said Gambia has come a long way with regard to respect for human rights under the new administration, but said there are areas that still need improvement to achieve a better human rights record. “The Gambia is a safer place than ever before and people have access to self-determination and non-discrimination in a state where their fundamental human rights are protected,’’ he said.

Mr. Jawneh said a recent survey  by DECAP indicates that there is high perception of corruption in the judiciary, adding that the government should prioritise human rights to fully comply with international and regional human rights obligations and protect and promote women and girls’ right.

Human rights day is normally marked both by high-level political conferences and meetings and by cultural events and exhibitions dealing with human rights issues. Besides, it is traditionally on 10 December that the five-yearly United Nations Prize in the Field of Human Rights and Nobel Peace Prize are awarded. Many governmental and non-governmental organisations active in the human rights field also schedule special events to commemorate the day, as so many civil and social-cause organisations.

Coordinator of Beakanyang, Ebrima Njie said the organisation is concerned with cases of Gender Base Violence ((GBV) and urged the government to prioritise the justice system in order to eradicate rape cases and other forms of GBV.

He said Beakanyang would continue to make sure that they stand against all forms of violence against women and support victims.

Chairperson of Youth for Human Rights-The Gambia, Muhammed Sawaneh said the organisation has established human rights clubs across the country to encourage human rights advocacy. “Our main concern is to make sure that every child in the country understands the basic course of human rights,” he said. 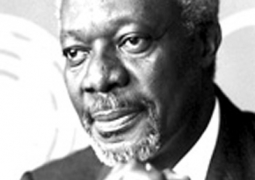 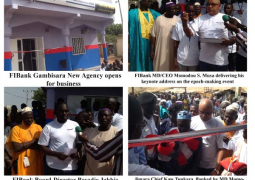