October 13 is observed worldwide as International Day for Disaster Reduction, to raise awareness about disaster and its ramifications and toll on life and the environment.

This year the day is celebrated under the theme: “Live To Tell: Raising Awareness, Reducing Mortality”.

The Gambia, therefore, joins the rest of the world in marking the day to express the significance of raising awareness about disaster.

We as a nation should cooperate and walk the path of disaster risk reduction, to curb the various forms of disasters afflicting our lives and environment, with the brunt of it being wreaked on the lives of the very poor in our midst, who in most case live in dangerous settlements and vulnerable environments, prone to flood, contaminated atmosphere and diseases.

We should, therefore, be alert and apt to protecting our environment from vulnerabilities prone to disaster.

“I am repeatedly appalled at how many people die in disasters. The majority of victims are invariably the poor and vulnerable. [...] Let us move from a culture of reaction to one of prevention and build resilience by reducing loss of life, “UN Secretary-General, Ban Ki-moon said.

According to the United Nations, the International Day for Disaster Reduction began in 1989, after a call by the United Nations General Assembly for a day to promote a global culture of risk-awareness and disaster reduction.

Held every 13 October, the day celebrates how people and communities around the world are reducing their exposure to disasters and raising awareness about the importance of reining in the risks that they face.

The 2016 edition marks the launch of the new “Sendai Seven” campaign by UNISDR, centred on the seven targets of the Sendai Framework, the first of which is reducing disaster mortality.

The campaign seeks to create a wave of awareness about actions taken to reduce mortality around the world. The Sendai Seven Campaign is an opportunity for all, including governments, local governments, community groups, civil society organisations, the private sector, international organisations and the UN family, to promote best practices at the international, regional and national level across all sectors, to reduce disaster risk and disaster losses.

Worldwide, women and children are up to 14 times more likely than men to die in a disaster and roughly 60% of preventable maternal deaths and 53% of preventable under-5 deaths take place in conflict and disaster settings. Other groups affected disproportionately include persons living with disabilities, older persons and indigenous people.

We should, therefore, fight hard to reduce disasters and mortality in our environment, for our own good and the good of generations yet unborn.

“We can replace material possessions, but we cannot replace people.” 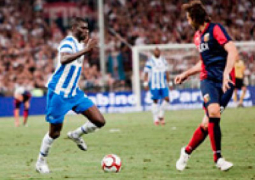