Principal Magistrate J.A. Effirm of the Brikama Magistrates' Court recently convicted and sentenced one Seedy Manneh to a fine of D500, in default to serve one Month in prison on a charge of assault, causing actual bodily harm.

According to the facts as narrated by the Police Prosecutor, 1st Class 2294 Jammeh, it happened on 17th April 2010, at Faraba Village, when the complainant was sent by one Mama Touray to deliver clothes and cash price of D200 to one Awa Gibba.

He said upon arrival at the compound, the complainant met the accused and one Sannu Sanyang where she told Sannu Sanyang that she was sent by Mama Touray to deliver clothes and cash of D200 to Sannus mother, which Sannu collected from her.

Narrating further Officer Jammeh told the court that the complainant on her way home saw a boy, whom she said, had covered her face coming towards her.

He testified that the accused subsequently jumped on the complainant and gave her blows on the mouth and all over her body, with a bite on her back.

He said the accused was arrested and confessed of committing the offence.

The convict begged the court to temper justice with mercy, saying that he will never do it again. 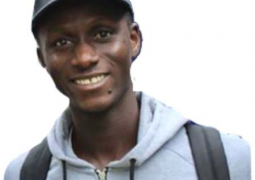