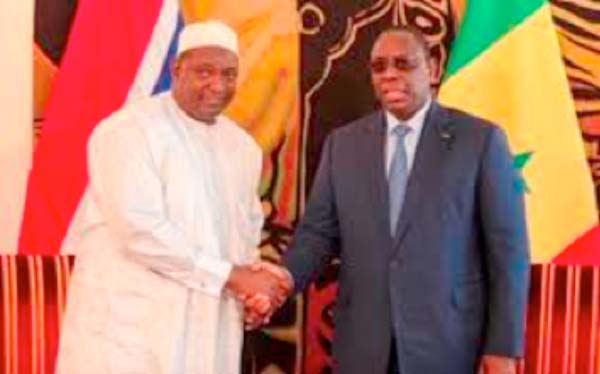 State House, Banjul, 14 March 2020 -  President Adama Barrow and his Senegalese counterpart, Macky Sall have entreated respective and successive governments of The Gambia and Senegal to endeavour, upon signature, to fully implement the bilateral agreements reached at the second Presidential Council Meeting held in Dakar.

The assembly provided the political leadership of the two countries with an avenue to dialogue on key issues of common interest and take concrete decisions on them for the mutual benefit and socio-economic development of their peoples.

President Barrow in addressing the opening session, stated that “successes and appreciable levels of implementation” have been registered since the first Presidential Council Meeting held in Banjul, in March 2018. However, he argued that more needs to be done to enable both countries fully and successfully implement the programmes agreed jointly.

It was an intensive three days of diplomatic engagements in the Senegalese capital. Technical experts and political leadership of the two countries deliberated on policy matters of strategic interests to both their peoples and respective countries.

In spite of socio-cultural, historical, geographical and economic ties, the two countries have been facing challenges to fully integrate as one. Their model of integration is believed to serve as an embodiment of the much dreamt of African unity.

Since the boundaries separated them as independent republics over a century ago, consecutive heads of states from both sides for the past fifty years have been working to realise such a unity dream.

Presidents Barrow and Sall, meanwhile, have committed themselves with renewed zeal to cement this existence as “two nations living in peace and prosperity.”

In the area of trade for example, a key success story for them is the inauguration and the opening of the SeneGambia Bridge in 2019. It enables free traffic flow between the northern and southern parts of both The Gambia and Senegal.

The bridge also enables farmers and traders to reap the benefits accruing from the ease of movement and, to a larger extent, facilitates increased sub-regional trade in pursuance of ECOWAS integration objectives.

President Macky Sall described the SeneGambia Bridge as representing more than a development infrastructure; rather, he described it as a link between their peoples and a tool for African integration through free movement of people and goods.

He emphasised its importance to the integration efforts of both countries and the sub region in general. President Sall maintained that the two governments must ensure the fluidity of public and private transport on both sides.

“It is for this very purpose that significant investments were made in the construction of the bridge. It must be made clear that blockages and other obstacles to free movement people and property are not acceptable,” he emphasized.

The Senegalese President asked that the respective governments must not tolerate such acts contrary to bilateral agreements and ECOWAS community instruments on freedom of movement of people and goods.

President Sall said it is equally important that the two governments continue to work together so as to remove obstacles to the full implementation of the Agreement on Road Transport, including by setting up the Observatory of Abnormal Practices, in accordance with the conclusions of the First Presidential Council held in Banjul.

“We may be two nations, but we are one people. Our development aspirations are closely linked,” he said.

“This means that, as a people and as political leaders of the two countries, our endeavours revolve around enhancing the advancement of our peoples and fostering the economic development of the Senegambia region,” he added.

The Gambian leader emphasizd that this is a responsibility that both governments should task themselves.

He expressed delight that through constant engagements between senior officials and the political leadership of the two countries, hindrances to smooth transport of persons, goods and services between The Gambia and Senegal through border closures are being successfully managed. The dialogue with unions on both sides is yielding fruit accordingly.

“Through this meeting,” he went on, “the two governments and indeed the two of us, have committed ourselves to raise the bar of the bilateral cooperation between The Gambia and Senegal to a strategic partnership and offer the latter as a model for emulation in the sub region and a beacon of hope of integration at the continental level.”

“Our partnership must be cherished and jealously guarded so that future generations of Gambians and Senegalese will learn from it and carry forward the baton as they continue our race for peace, progress, prosperity, and brotherhood,” Dr. Tangara said at the Ministerial Meeting that preceded the eve of the Presidential Council meeting.

In order to consolidate the achievements and accelerate the implementation of the bilateral agreements, the two heads of states in a Joint Communiqué read by their respective Foreign Ministers, urged their governments to implement the roadmaps with specific deadlines, notably in the following areas: 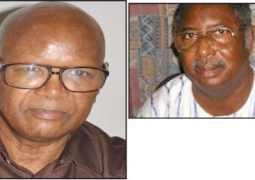