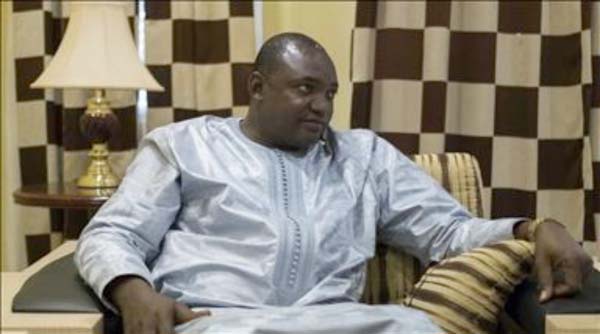 A delegation of UN bodies made a courtesy call on His Excellency, President Adama Barrow.

Among other issues, she urged the government to invest in children and youths and provide employment creation that will strengthen social protection as well as promote youth empowerment.   She commended The Gambia for meeting the target in controlling open defecation but emphasized the need to consolidate the gains made.

UNFPA Regional Director of West and Central Africa, Mr. Mabingue Ngom said UN is one family and their visit was to give support to The Gambia.  The discussions included the need for partnership in resource mobilization.  Mr Ngom recalled the importance the African Union -AU attaches to the demographic dividend and how it can help society.  He said in partnership with NEPAD, UNFPA is committed to investing in young people, thus the need for the government to develop a road map.  He requested for government to end Child Marriage and FGM as matter of urgency to end century old cultural practices.

In his response, President Barrow informed the UN team that his government will embark on sectoral reforms but added that good laws will be maintained.

President lamented on the negative consequences of Child Marriage and FGM, from a health point of view but noted that these are culturally sensitive issues.  He called for the population to be encouraged to end the practices.  President Barrow also asserted that the government will cooperate with UN bodies and come up with laws that will be sustained.

In response to the youth empowerment issue, President Barrow said The Gambia has changed and youths, who form 60% of population, were active in the change process in bringing in the new government. The Gambian leader called for partnership to create employment for youths, and he urged the partners to move from what he puts as “commitment to action” for youths to realize their contribution in political affairs.

President Barrow appreciated the contribution of the youths in bringing about political change and asserted “without them it would not have been easy. They were our foot soldiers and provided protection to the political leaders.”

He pledged his government’s political will to pursue the issues raised during the courtesy call. 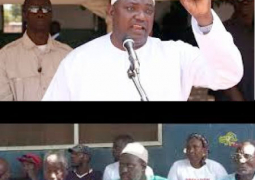