Barrow accused of being Jammeh incarnate 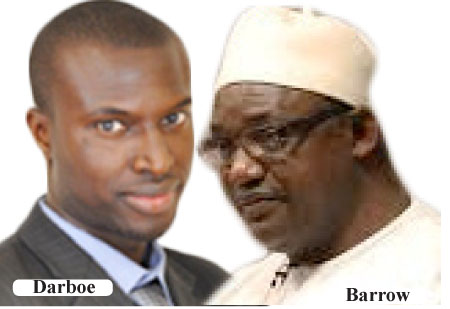 Yankuba Darboe, a human right lawyer in the United Kingdom has criticised President Adama Barrow’s government for refusing to allow members of 3 Years Jotna to hold a fundraising event at the Samega Janneh hall. He thus accused him (Barrow) and his team of using the police the same way Yahya Jammeh was using the military and the National Intelligence Agency to suppress people.

Mr. Darboe, who was speaking to journalists shortly after the police asked them to stop the fundraising event; said the government wants to provoke 3 Years Jotna.

The police, he said, have no right to disallow them from continuing their programme.

“This is not a demonstration. It was not a protest; it is a fundraising event which is going to be a music event. It supposed to be an entertainment programme but the police want a permit for it. The only excuse they come with is that it is a public place and that if we want to use the hall we need to get a permit from the IG. For what reasons?, he queried.”

The police, he continued, couldn’t point out under which section of the laws of The Gambia to justify their actions, adding that it doesn’t make any sense.

According to Darboe, the same country taking Myanmar to the international court for human rights violation is the same government doing the same thing to its own citizens because those citizens have different opinions from them.