Banjul Under 15 boys and girls have emerged winners of the junior catergory of the July 22nd Cricket Tournament organised by the Gambia Cricket Association. Brikama Under 17 boys are the champions in the senior category of the competition.

According to organisers, tropies and certificates will be presented to all teams that perticipate in this tournament.

22nd JulyU17 boysbatted first in the first innings and scored 87 runs for 7 wickets in there allocted overs.

Frank Campbellbatted for them and scored 21 runs, the highest. And Abdou Karim Dampha ofBrikama bowled and took 2 wickets for 8 runs in 3 overs bowled.

Brikama to chase 88 runs to win in the second inning could make it in 11 overs with 4 wickets down. Ba Alieu Jarjubatted for them and scored 27 runs, the highest.Edrissa Njie bowled for 22nd July Under 17 boysand took 2 wicket for 17 runs in 2 overs bowled.

Brikama U17 boys were able to score 90 runs in 11 overs which gave them victory. The man of the match was Ba Alieu Jarju who batted and scored 27 runs.

22ndJuly Boys won the toss and set Ebbeh Gi to field in the first innings. 22nd July Boys batted and scored 73runs for 6 wickets in their allotted 15 overs.

Modou Jammeh batted for them and scored 27 runs, the highest. Alaghi John of Ebbeh Gi bowled and took 3 wickets for 9 runs in 3 overs bowled.

Ebbeh Gi batted in the second innings and were able to put the scores up in 15 overs played with 8 wickets down. Modou Khan batted for Ebbeh Gi and scored 46 runs with 9 fours played of his bat. Modou Jammeh bowled for 22nd July Boys and took 3wickets for 10 runs in 3 overs bowled. Ebbeh Gi won by3 wickets and the man of the match was Modou Khan who batted and scoredwith 46 runs.

Banjul Girls played KMC Girls in the second match of the day. The toss was won by Banjul Girls and decided to field. Banjul Girls batted in the first innings and scored 60 runs for the loss of 5 wickets in 15 overs.

Haddy Wally batted for them and scored 20 runs, the highest. Naffie Camara bowled for KMC and took 4 wickets for 15 runs in 3 overs bowled. KMC Girls were to chase 61 runs to win, but could only manage to score 57 runs all out in 15 overs.

The association hs thanked all the teams that participated in the tournament, especially Ebbeh Gi who were appearing in the competition for the first time.

Boost For St. John's School For the Deaf 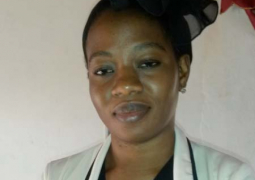