The seminar is aimed at consolidating the framework of consultation, and exchanging and sharing of experiences on negotiation strategies for good governance of marine resources at the local and sub-regional level.

The programme was organized within the framework of joint planning between the World Wide Fund for Nature(WWF) and the regional partnership for the conservation of the coastal and marine zone in West Africa.

The capacity building initiative of the project in negotiation of fishing agreements in three countries was recently launched in Dakar, in October 2014.

The objective of the whole initiative is to promote the exchange of experiences and good practices between the stakeholders of three countries, in the area of management of marine resources in general and the negotiation of fishing agreements in particular.

During the two-day seminar, there would be identified presentations and subsequent discussions, and the expected results are primarily intended to improve a better governance of national fishery resources through a strong participation of stakeholders in the negotiation process, and the monitoring of their implementation.

It also involves capacity building of negotiation teams, by enabling the transfer of knowledge acquired on implemented strategies and the organization of media campaign on this agreement.

The establishment of a support of information sharing and exchange on negotiation strategies between the various national stakeholders at the national and sub-regional levels by enhancing the knowledge acquired in the various countries.

It is expected that the participating country groups may also become eventually a centre of expertise and national capacities building for negotiation and monitoring of fisheries agreements.

They can also be the main core of the facilitation and exchange platform on the monitoring and evaluation of fisheries agreement, at both national and regional levels.

Despite the rich resources of waters of their exclusive economic zones and the low density of population in these countries, it is clear that since independence, they face major challenges of malnutrition, poverty and unemployment that cause serious threats to their stability and might jeopardize their future.

Over the past decades, pressures on these resources consist mainly of vessels operating under fishing agreements signed with several third countries in the framework of bilateral and multilateral cooperation.

In view of the renegotiation of these agreements, WWF with the support of PRCM intends to provide support for the new generation agreements to be as fair as possible, by facilitating trade between stakeholders both local and regional.

It is in this context that an initiative was developed and launched through the organization of a regional workshop to exchange, and share experiences on negotiation strategies and will be followed by meetings of technical working groups in each country.

The workshop would, among others, prepare working groups at the national level and facilitate particularly the exchange of best practices and lessons learned, and sensitize participants on the advantages and disadvantages of agreements on good governance of marine resources. 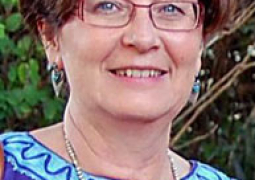 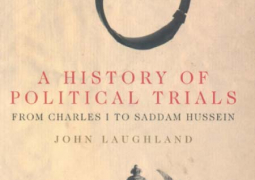