Banjul FC will battle it out with the Gambia Football Association (GFA) First Division outfit Gamtel FC in the second semi-final of the  Africell sponsored Eda Carr Pre-season tournament today Wednesday 6th January 2010, at the KG5 Mini Stadium in Banjul.

Banjul FC made it to the semi-final after finishing 5 points from 4 games.

Banjul FC advanced to the semi-final after defeating Gambia Ports Authority (GPA) by a goal to nil in their final group stage encounter, at the KG5 Mini Stadium last Monday.

Both sides that needed a victory to secure a place in the semi-finals showed wonderful talents and created dead scoring opportunities in front of each other’s goal mouth in the opening minutes of the game.

Striker Bai Mbakeh scored the only goal of the game in the 23rd minute to send Banjul FC to the semi-final of the championship.

Gamtel FC also advanced to the semi-final after defeating Real de Banjul by a goal to nil.

Gamtel FC bagged 6 points from 4 encounters during their group stage of the championship.

As of press time, Hawks FC were playing against Seaview FC in the first semi-final, at the KG5 Mini Stadium in . 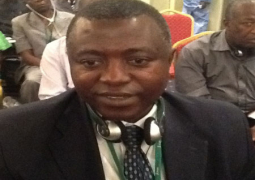 ‘Gov’t will work closely with GCCI for private sector growth’