The Gambia Football Association's Division One League Championship has undeniably witnessed significant improvements with regards to the increase in the number of big name players, as well as producing quite a good number of young and talented stars from the length and breath of the country.

But the success of Gambian football so far depends, largely on the youngsters and winning the African U-17 Cadet Championship titles, which is a clear indication of the significant improvements of the country's football at the youth category.

Many attributed the success to the fact that the national league is becoming the backbone of the success registered by the country's football, but others might bet to defer.

Take the league statistics, for instance, which has produced a total of 49 red cards, 509 yellow cards in 132 matches with only 232 goals scored between twelve participating teams.

Armed Forces that won the league last season on a high spirit after collecting 44 points in 22 matches received the highest number of red cards alongside 9 place holders Seaview.

But the two time champions scored the highest number of goals with 26 goals to their names in 22 games, meaning they only failed to score in four league matches.

Brikama United that finished the season on 10th position with 25 goals were the second highest scorer with only one goal separating them and the champions.

Steve Biko that secured one of its most impressive league standings in as many years occupied 2 places on 33 points, 11 separated them with Armed Forces.

They scored a total of 20 league goals , including 11 goals scored by Assan Jatta who was eventually awarded the country's top scorer following the expiration of his two year contract with the Belgian 1st Division giants K.Lierse SK in 2008.

Wallidan Fc has no doubt been the most successful first division club in Gambian football with a record number of 10 league titles to its name, but the Banjul club were not able to replicate that form.

They finished 3rd place on 33 points but were separated by a single goal against closest rivals Steve Biko.

Africell were relegated to the second tier football two seasons ago and bounce back only to be demoted back to the Second Division in the just ended GFA Division One League Championship with 22 points.

The Bakau outfit scored the least number of goals on 14, while fellow relegated team Tallinding United that ended the season at the bottom of the table collected 17 points and also received the highest number of yellow cards. 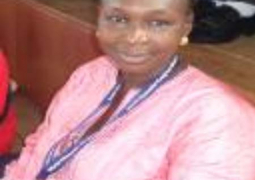