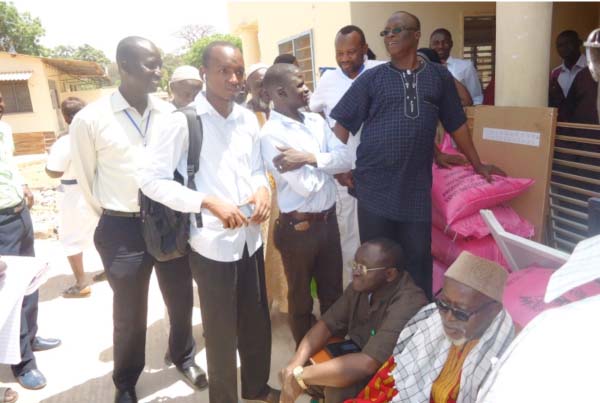 The materials, which included 15 bags of rice, 1 flat screen TV set and 2 hospital beds, were recently presented to the health centre at a ceremony presided over by the Minister of Health and Social Welfare, Dr Omar Sey.

Dr Sey hailed the gesture and praised the donors for the love they have for their motherland, The Gambia.

He said the donated items would go a long way in complementing the government’s effort at making The Gambia be among the healthiest in the sub-region.

The minister said the health sector has over the years benefitted immensely from the group, We Aid Gambia, adding that other associations and individuals should emulate the group.

The Officer-in-Charge of Essau Health Centre, Mustapha S. Demba, said the donation would go a long way in making the health facility’s response to the needs of patients more effective.

Speaking on behalf of the donors, Ebou J. Senghor said WE AID GAMBIA is a charitable organisation formed by Gambians in the diaspora.The aims of the organisation include supporting the health, education and agriculture sectors of The Gambia.

Mr Senghor said the donation to Essau was just one of their interventions, adding that other health facilities like Serrekunda General Hospital and Edward Francis Small Teaching Hospital have also benefitted from the organisation.