The annual marathon organized by the Gambia volunteers, Bajana International Marathon Association, the long distance championship, is set to attract over three hundred participants from Bajana and its satellite areas and outside The Gambia.

The village’s biggest long distance sporting festivity is set to kick off at 8:00am.

According to the organizers, the annual marathon race is expected to attract hundred of athletes and its championship will feature 10km and 5km races.

The 10km race will start from Somita to Bajana and the 5km race from Besse to Bajana.

The 2014 run (the second edition) has a 5km race set to be competed among participatory institutions and diplomats, while the 10km will be taken on by individuals and clubs.

The GAA will officiate the run which is open to everyone’s participation depending on registration of someone or an institution.

The organizers state that registration fees for the annual Bajana marathon race are: individual D50, club D500 for a team of ten participants, institution D750, and diplomat D1,000.

There will be presentation of cash prizes, medals, trophies and certificates at the end of the event.

Participants from the Greater Banjul Area are urged to converge at Westfield by 7:00am for departure. 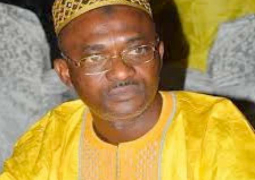 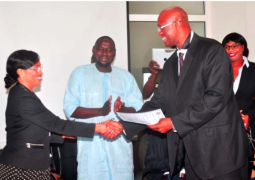