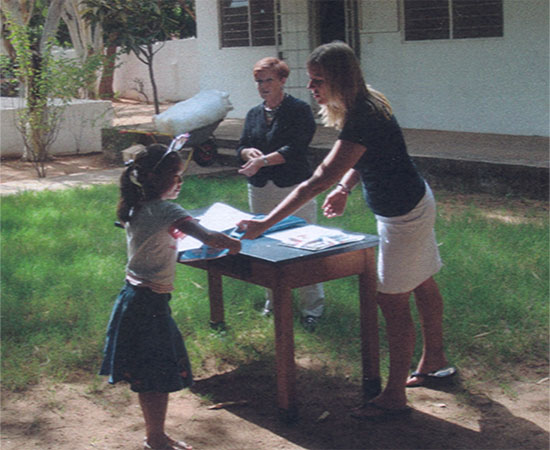 The students of the Banjul American Embassy School (BAES) recently raised D31,500 to by mosquito bed nets for the Medical Research council (MRC). The bed nets are aimed specifically at helping people in the North Bank Region and Janjanbureh in CRR. The presentation ceremony was held at the Fajara Club where a swimming event was also held. Students had to swim as many lengths as possible in 30 minutes in the event which was co-ordinated by Cassie Amidou. The students also pleaded with parents, relatives and friends to contribute cash to the event. There was a good response and all students who swam well received five Dalasi. A total of 124 bed nets were purchased with the money raised. According to Cassie Amidou these nets will now be given to doctors on the MRC's Malaria Research Team for distribution. "We hope these nets will help keep children safe during the rainy season," she said.

Adding her voice, the headmistress of BAES, Ms Dianne Zemichael maintained that her school is ending an academic year that is worthy or commendation. She said finally that her school has rendered a lot of help to other schools and that this trend will continue.